Your shopping cart is empty

It seems like every day I get asked the question "what is HBSP?  HBSP stands for Huntington Beach State Park. It is a gem of a state managed and owned park in the South Carolina parks system. For fellow photographers who have never been it may be worth the trip if your focus is nature and bird photography. As you enter the park (after paying for your day ticket) and show your annual pass you will cross over "the causeway". On one side it's the south end of Oak Creek and the shallow marshes that lead to the inlet and the Atlantic Ocean. On the other side of the road is the large very open lake that is a play ground for dozens of species of birds that at times can overwhelm a photographer's senses. Depending on the time of the year you can photograph Almost every Egret and Heron species known to live in the southeast United States. Green, Blue, Black Crowned, White,  Snowy, Tricolor, and Morphs all live or stop by on their way further south for the winter.  Then there are the Wood Storks, Roseate Spoonbills, white, and glossy Ibis. This time of year the park will play host to Ducks. Currently you can capture Mergansers, Teals, Ruddy Ducks, and several other species as they rest and relax before heading further south for the winter. Did I mention the Osprey and the Eagles. Yep, you can photograph Osprey diving and capturing fish off the lake almost year round. This time of year brings out the bald headed Eagles as they fish, or harass the other birds for their catch. When the Eagles appear it is not a good time to be a single duck on the water surface as they  become easy prey for hungry eagles. 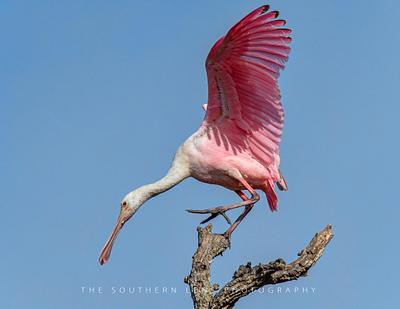 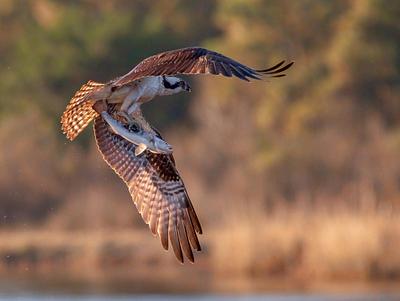